Ema Nudar Umanu [Person Being/in the Nature of (a) Human] is the story of the dream of a dead woman recounted to a man born from a duck’s egg in a jungle far from anything. The first feature film from the fledgling Dili-based film community, Malkriadu Cinema, Ema Nudar Umanu is a surreal collaboration created, developed and realised by a predominantly Timorese collective of artists, actors, writers and filmmakers.

Join us for the film screening followed by a Q & A with the co-director Thomas Henning. 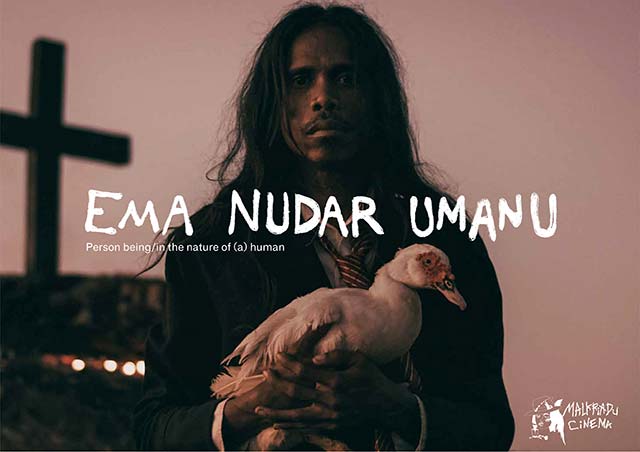